The Editorial Advisory and Securities Review Committee of BetterInvesting Magazine today announced Microsoft Corporation (NDQ: MSFT) as its June 2019 “Stock to Study” and Southwest Airlines Co. (NYSE: LUV) as its June 2019 “Undervalued Stock” for investors’ informational and educational use.

“The committee selected Microsoft for its continuing growth opportunities after reinventing itself coupled with a reasonable current valuation,” said Adam Ritt, editor of BetterInvesting Magazine. “For the Undervalued selection, the committee cited Southwest Airlines’ growth opportunities, such as the new California-Hawaii routes, and ability to overcome current headwinds.”

Check BetterInvesting’s June/July issue for more details about these selections. Go to the trial version of BetterInvesting’s online tools to study the investment potential of Microsoft and Southwest Airlines by viewing their fundamental data and applying judgments.

As stated, the BetterInvesting committee’s Stock to Study and Undervalued Stock choices are for the informational and educational uses of investors and are not intended as investment recommendations. BetterInvesting urges investors to educate themselves about the stock market so they can make informed decisions about stock purchases. 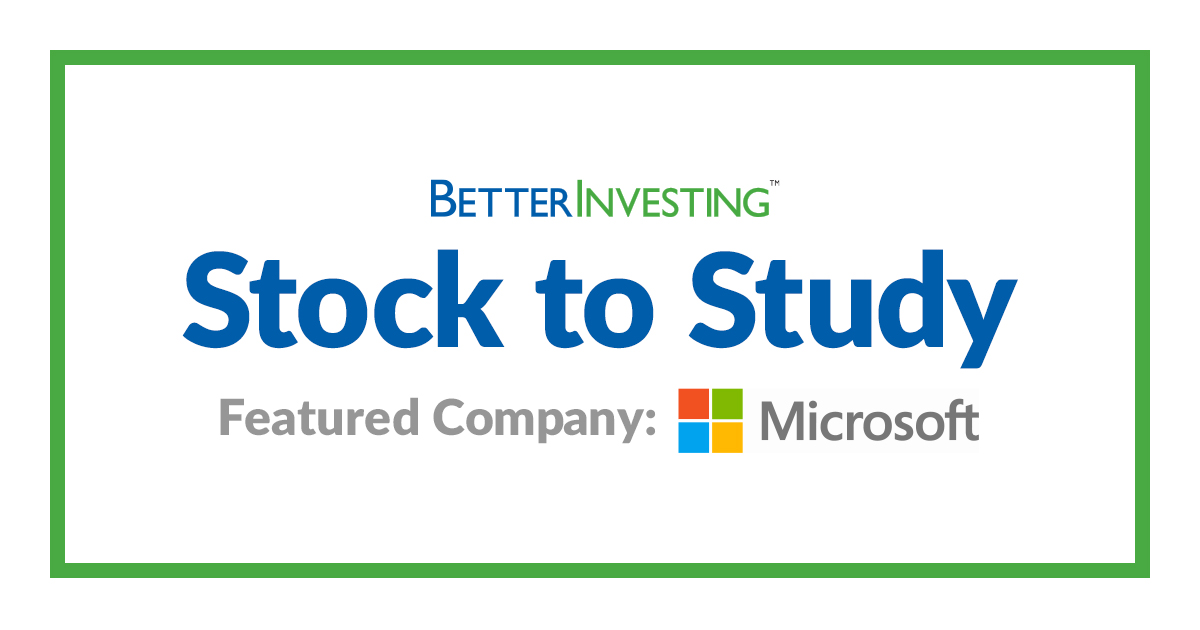