Want to Be a Better Investor? Stop Staring at Your Stock Portfolio

Next time you notice the price of a stock you own moving up or down, think about the factors that may be influencing that move. 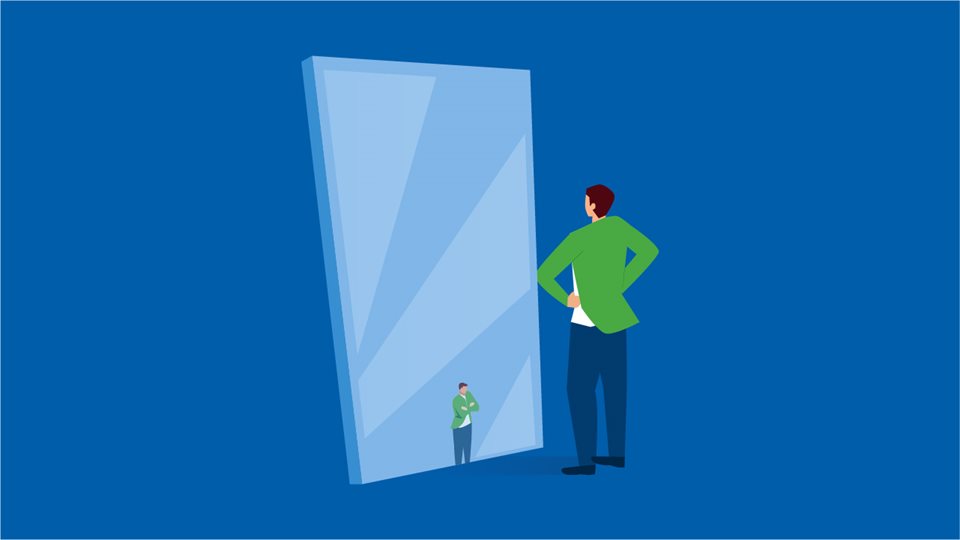 Investors are prone to two opposing but equally debilitating fears: the fear of missing out when times are good, and the fear of loss when markets are volatile. These two fears have a zero-sum relationship with rational decisions. The more you are dominated by these fears, the less rational you are.

So what can we do, as investors, to move toward maximum rationality? Here’s one piece of advice: Don’t constantly watch your portfolio.

Next time you notice the price of a stock you own moving up or down, think about the factors that may be influencing that move. Stocks are owned by people who have very different time horizons. You’ll have mutual funds and hedge funds whose clients often have the patience of 5-year-olds. They are getting in and out of stocks based solely on what they expect them to do in the next month or six months – a rounding error of a time period in the life of a company that lasts decades.

Some buyers and sellers are not even humans but computer algorithms that are reacting to variables that have little or nothing to do with fundamentals of the company you invested in — these players have a time horizon of milliseconds.

You will also have folks who are buying and selling a stock based on the pattern of its chart. Not that they don’t know what the company does; they will tell you they don’t care what it does. For them it’s just a chart with one squiggly line crossing another squiggly line.

Then there are folks who spend more time researching the next movie they are going to see than the stock they’re about to buy. Some of them buy a stock after reading a single article on the internet, while many others buy on the advice of their brilliant neighbor Joe, the orthodontist.

The Active Dangers of Passive Investing

Deciding not to constantly look at your portfolio is not necessarily the same thing as embracing the latest craze – passive investing. This one is a bit personal and requires a small detour.

Interest rates are the foundation of the discount rate (also known as the required rate of return) that investors use to convert future cash flows into today’s dollars. Think of the discount rate as being composed of two layers: the foundational layer, or the risk-free rate (the interest rate, let’s say, on the 10-year Treasury); and a risky layer that should compensate you for additional, asset-specific risks.

During the Great Recession, when central banks artificially changed the price of money by buying trillions in government and corporate bonds, they made the Soviet planned economy look like child’s play. Instead of messing with kiddie stuff like setting prices on shoes and sugar like Soviet central planners did, a few dozen “free market” central bankers set the price of the single most important commodity, the risk-free rate, which is at the core of most economic decisions and the valuation of all assets.

A similar dynamic happens in the bond market: Bonds with short maturities (similar to value stocks) are impacted a lot less by declining interest rates than long-term bonds (similar to growth stocks).

As the impact of suppressed interest rates rippled through the markets, active managers that had even a modicum of discipline in their stock selection found themselves trailing their benchmarks and even getting fired, while customer money flowed into index funds that indiscriminately buy what is in the index.

What is in the index, you may ask? Most popular indexes today are constructed based on companies’ capitalization. Thus, companies that have done well lately (for example, the tech giant FANGs — Facebook, Apple, Netflix and Alphabet’s Google) get a much greater portion of new capital — in fact the FANGs account for about 10% of the S&P 500 index. So “high-duration” companies are benefiting from both low interest rates and the “dumbness” of the indexes.

However, as investors who hold long-term bonds in 2018 are discovering, rising interest rates can hurt. We don’t know what interest rates will do in the future. But today the U.S. government is running a trillion-dollar budget deficit at a time when the economy is growing at a rate of almost 5%, before adjusting for inflation. What do you think the deficit is going to be when growth slows down or turns negative during a recession (yes, those things do happen)? To make things worse, these deficits add to the $21 trillion of U.S. debt, which doubled over the last 10 years while the government’s interest payments didn’t change (thanks to low interest rates). Higher, maybe even much higher, interest rates are not unlikely going forward.

If you own the S&P 500 (or long-term bonds), you implicitly think one of several things is true: (1) Interest rates have a zero or insignificant probability of going up; (2) I’ll be able to get out in time; or (3) I have a life-sized statue of John Bogle in my living room, and I have a very, very, very long time horizon.

Back to various actors who are responsible for daily ticks of your favorite stocks. If you are a fundamental investor, you are not just buying stocks, you are buying fractional ownership in businesses.

You spend hundreds of hours on research; you read company financial reports; you talk to management, competitors, customers, suppliers. You build a financial model that looks years into the future to value a business, and also to predict what could kill it.

If after you’ve done all that, you still find yourself glued to the computer screen watching the price change tick by tick, you are basically giving credence to the idea that what a company is worth should be decided by algorithmic funds, the guy who reads charts but cannot even spell the name of your company, Joe the neighbor, and an ETF with the IQ of a Halloween pumpkin. (I don’t want to insult everyday pumpkins here.)

In short, the less time you spend looking at your portfolio, the more rational you are going to be.